Launching the 2020 version of Trung Nguyen E-Coffee and the strong explosion of the No.1 coffee brand

Officially launching on August 10th, 2019 with the zero-fee franchise policy and aiming to reach 3,000 stores in 63 cities and provinces in 2020, Trung Nguyen E-Coffee has quickly created a strong explosion. Thanks to the most beneficial cooperation policy, Trung Nguyen E-Coffee has considered an optimal solution for business and start-up communities and become the choice of more 1.000 partners all over the country. 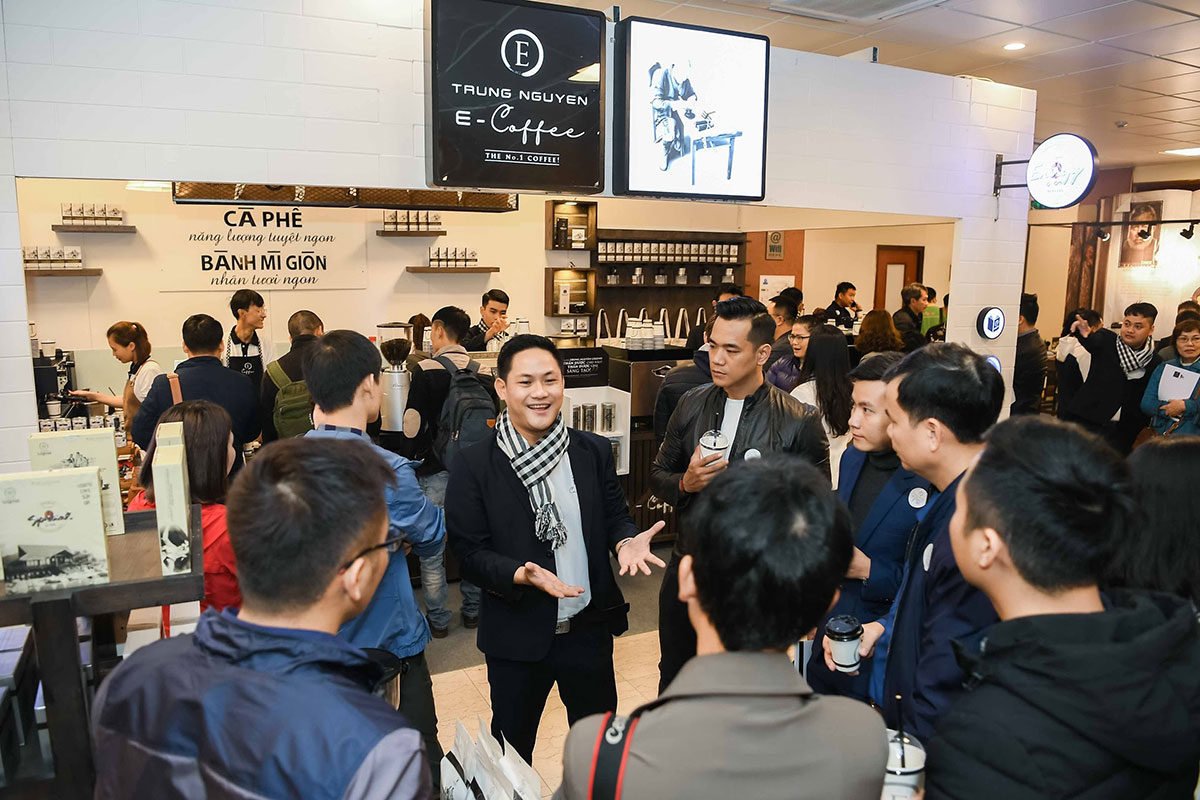 Moreover, with the clarification of the positioning of The Energy Coffee That Changes Life through messages, images, stories proving that coffee is the awakening and creative energy of the great people, Trung Nguyen E-Coffee new version will plan the whole system of retail and F&B products following three world coffee cultures Ottoman – Roman – Thien, as well as arrange and set up space according to the mark of each above coffee culture to strongly affirm the expertise of Trung Nguyen Legend.

In particular, Trung Nguyen E-Coffee new version is really a world of coffee that provides all the energy coffee products, tools for coffee mixing, enjoying, and meet the demand of all coffee lovers to experience the full range of products at home, offices, stores… 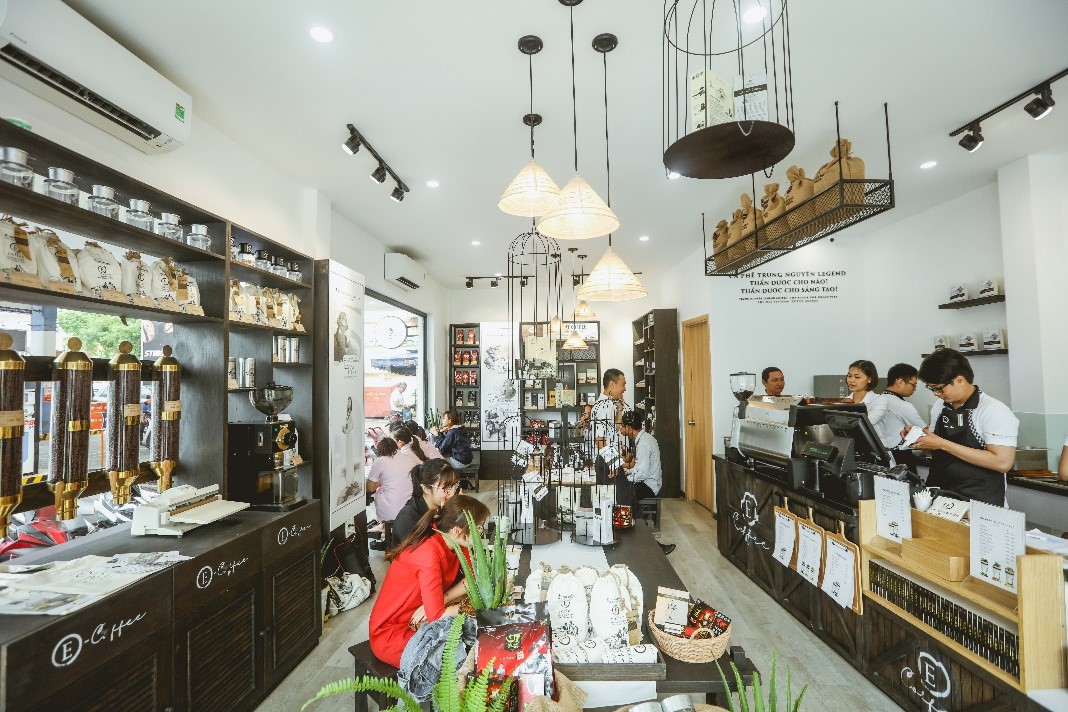 Despite the difficulties of the Covid-19 pandemic, Trung Nguyen E-Coffee still maintained strong growth. With the rapid conversion of new business methods, adapting technology to our business on online channels, online payment, door-to-door delivery along with preferential cooperation programs for partners, Trung Nguyen E-Coffee has appeared from Delta river in the North-West to mountainous South-West area of Vietnam. On June 25th, “Connecting to success with Trung Nguyen E-Coffee” workshop will also be held in Can Tho City that brings business cooperation opportunities to many partners in the Mekong Delta.

For a long time, the coffee products representing the leading Vietnamese coffee brand such as G7, Trung Nguyen, Trung Nguyen Legend never stop have been loved and researched on the global e-commerce platforms. In order to meet the demand of international customers as well as affirm the position of Vietnamese coffee brand in the era of globalization and the trend of cross-border e-commerce, Trung Nguyen Legend officially opened The World of The Coffee on Amazon and Alibaba that are leading famous e-commerce channels.

Along with officially open The World of The Coffee on global e-commerce platforms, Trung Nguyen Legend has also promoted widespread coverage on domestic e-commerce sites such as Tiki, Shopee, … The change and focus on this online segment have gradually created a global online coffee shopping system of Trung Nguyen Legend to provide coffee lovers all over the world with different, special, unique coffee products any time and anywhere.

At the same time, “The life-changing foundation bookcase” officially launched the online version with digitizing E-book and Audiobook for the first book – “Start-up Nation”. After that, the remaining books will be also digitized such as “Made in Korea”, “Think and Grow Rich”, “How to Win Friends & Influence People”, “An encouragement of Learning” to give 30 million Vietnamese young peole in more diversified forms. You can download for free at website: www.hanhtrinhlapchividai.com and Trung Nguyen Legend App on mobile with AudioBook and Ebook versions.

Moreover, “The journey from the heart” also officially restart. The journey to the Central Highland of Vietnam, scheduled to be held in September 2020 with the coordination of the Department of Defense to continually give precious books to young students, teenagers in remote areas and islands in the Central region./.

CHANGE TO BE GREAT!
TOGETHER, NOTHING IS IMPOSSIBLE! 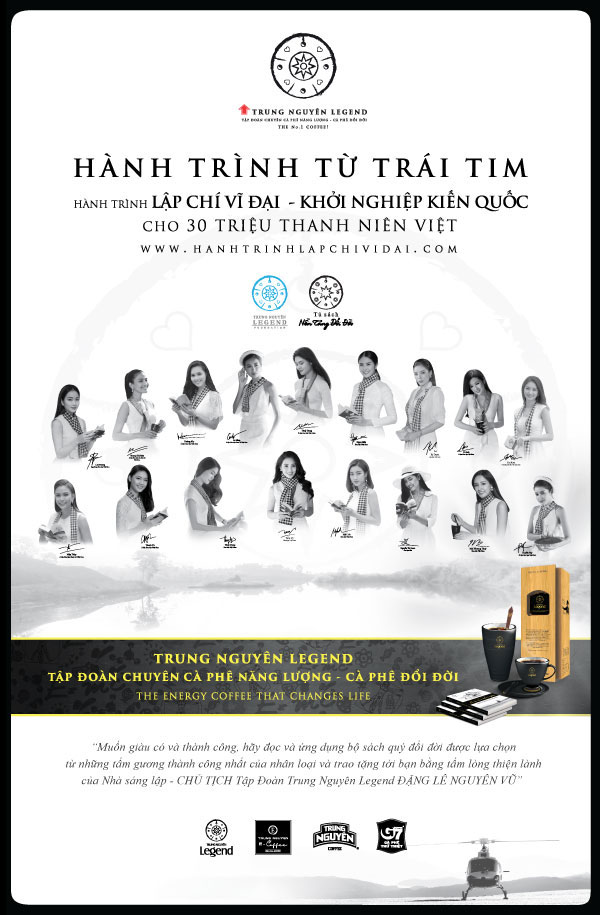